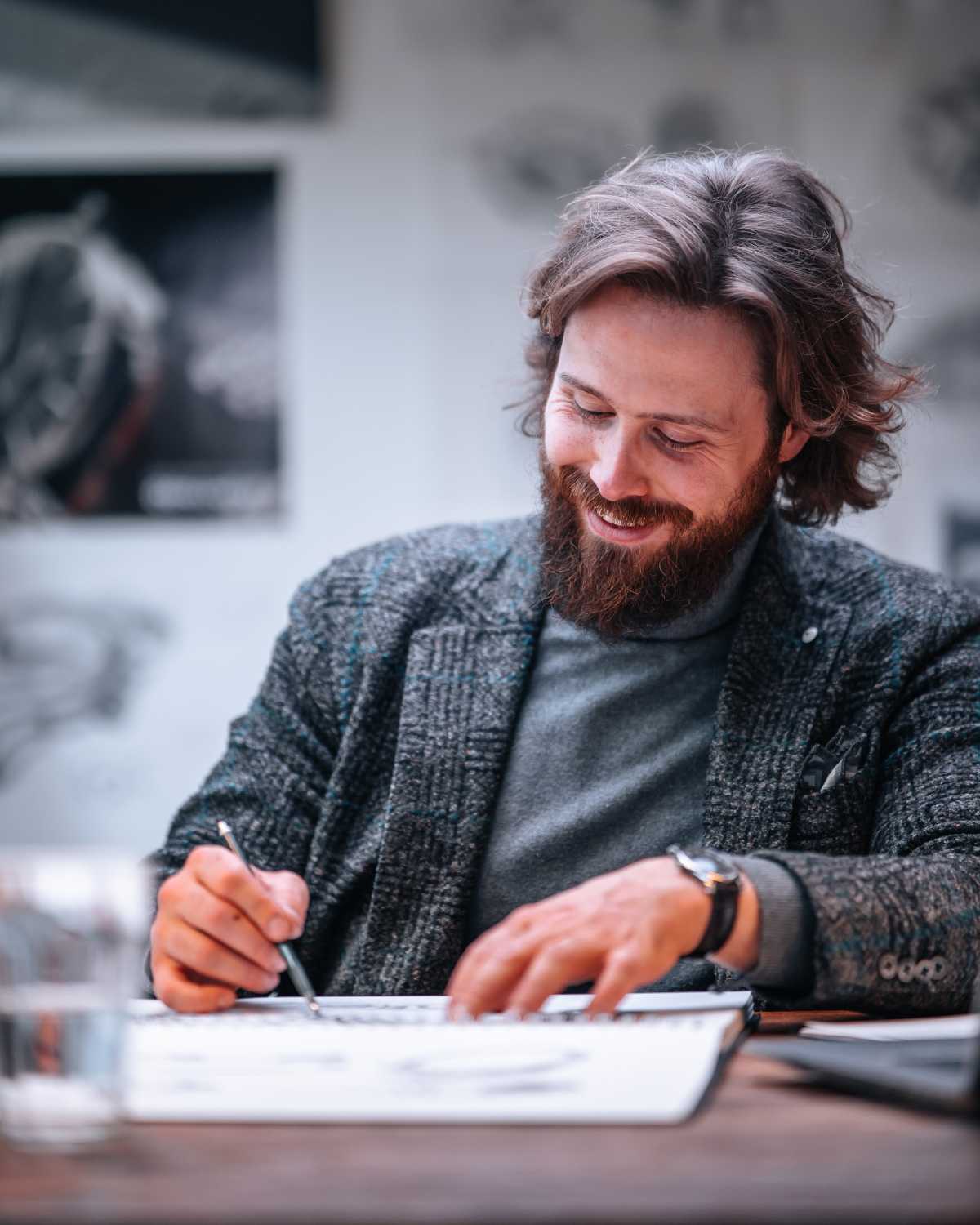 “Ornamentation is all about detailing personal expression and displaying sophistication.”

The brand Holthinrichs Watches is the brainchild of Michiel Holthinrichs. Being a son of an artist and an automotive engineer, Michiel grew up in an inspiring reality of art and classic cars which inevitably stimulated a strong imagination and a passion for design, technique and craftsmanship. By drawing and sketching he became intrigued by the power of lines, proportions and perspective.

Michiel went to study at faculty of Architecture of the Delft University of Technology where he improved his abilities in technical design. In practice he worked on the renovation of several national heritages, and became a specialist in the transformation of historical structures. But it was really during his stay in Paris where he became heavily influenced by the sense of style, craftsmanship and the level of detail he found in historical examples from Art-Nouveau and Art-Deco which led him towards the love for the smaller things around us.

In the meticulous search for perfection on the small scale that followed, he discovered that he could find all aspects of architecture he loved in the world of fine watches, and watchmaking became somewhat of an obsession. He found himself servicing and selling vintage pieces already during his studies to learn about all aspects of the craft, to help fund his way through University and eventually to realise his dream to use his architectural background to create his own designs and build a brand.

His dream and objective is to create incredibly beautiful and meaningful timepieces as objects of art. Not just any art, but intelligently designed architectural wrist sculptures that integrate on all levels. 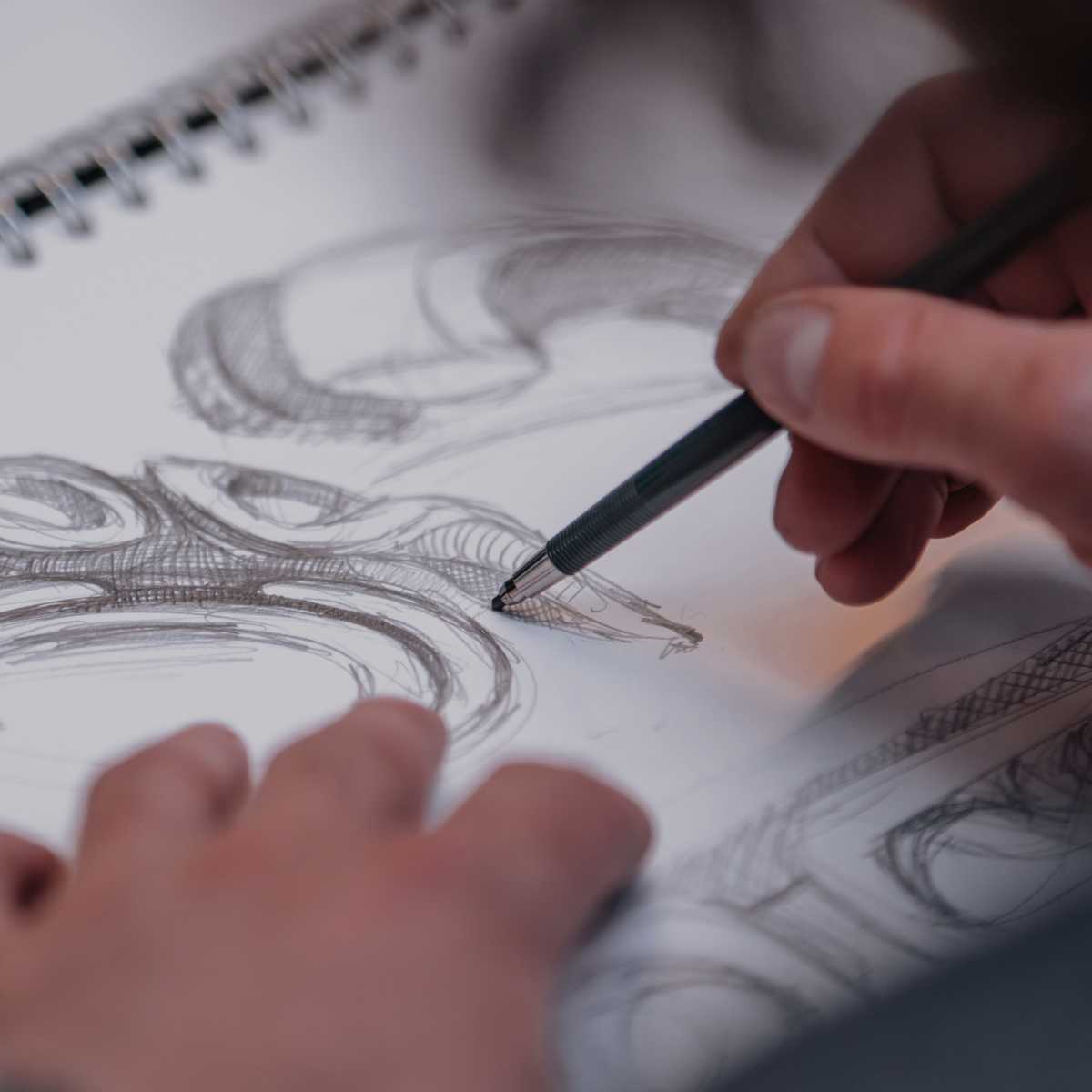 Design is at the heart of all our watches. We take inspiration from architecture, and approach our designs as a three dimensional object, a piece of miniature architecture where all components should be integrated and working together. We are heavily inspired by art nouveau, art deco and modernist styles for their extensive and timeless designs. Just like classic architects we follow strict rules for proportions and strive for materialistic honesty by using pure and high quality materials.

Today Holthinrichs Watches team is formed by a young and super dedicated and talented group of people from various backgrounds. You will find watchmakers, industrial designers, product developers, an aerospace engineer, a goldsmith and an architect. All have in common a determined, critical design and technical mindset, and a love and talent to work with their hands.

Everybody takes an evenly important role in the realisation of the Holthinrichs Watches timepieces, some more on the back end design and development side, some very practical like for example our case finishing specialists.

Our timepieces are absolutely unique in their appearance. They can be recognized from afar by their unique design language, the expressive use of material textures, and special finishing. Discover how we achieve this by being stubborn, using production techniques unprecedented for the industry, and sticking to the principle that only manual work can achieve the best, most personal and unique results. Have a look into the manufacturing process of our timepieces. 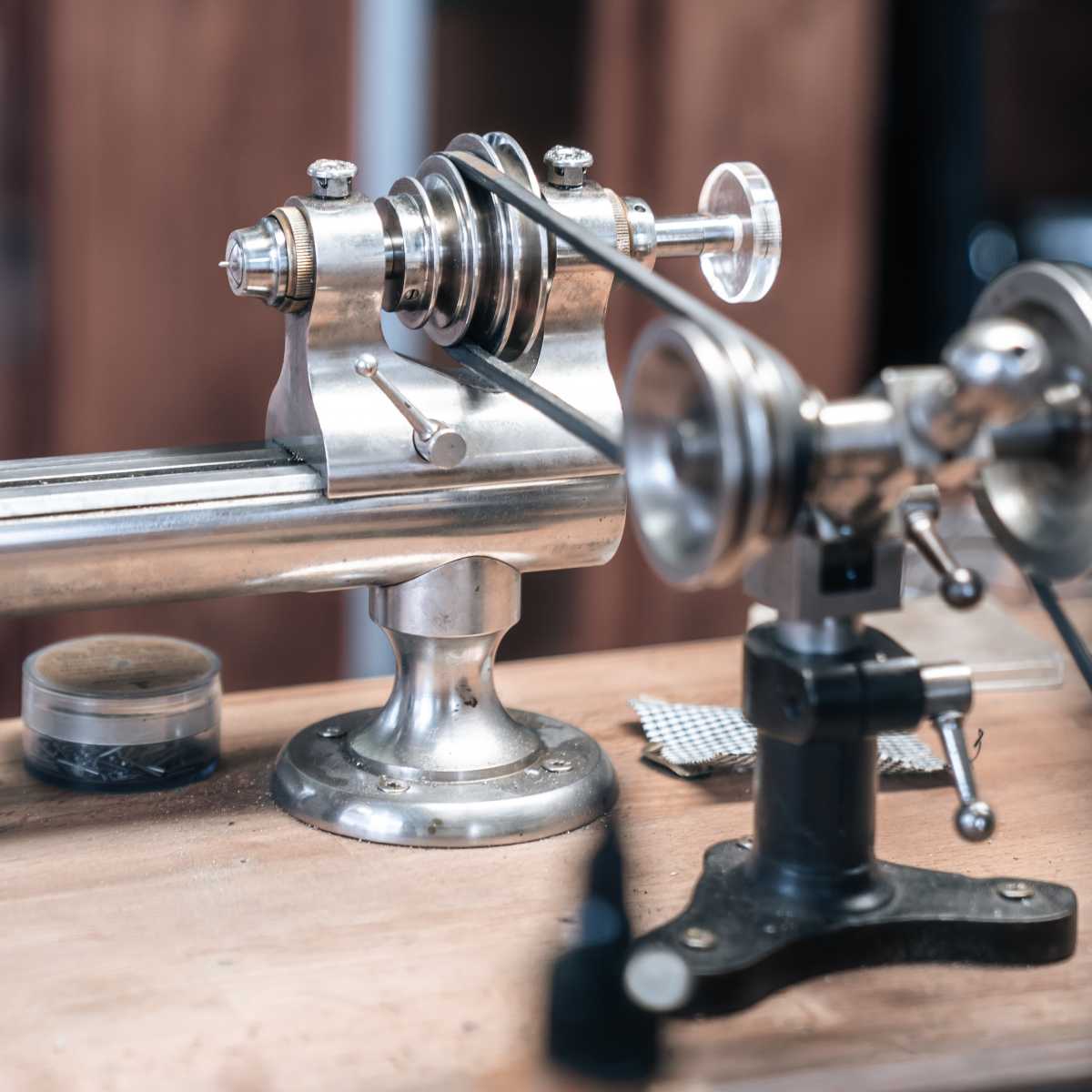 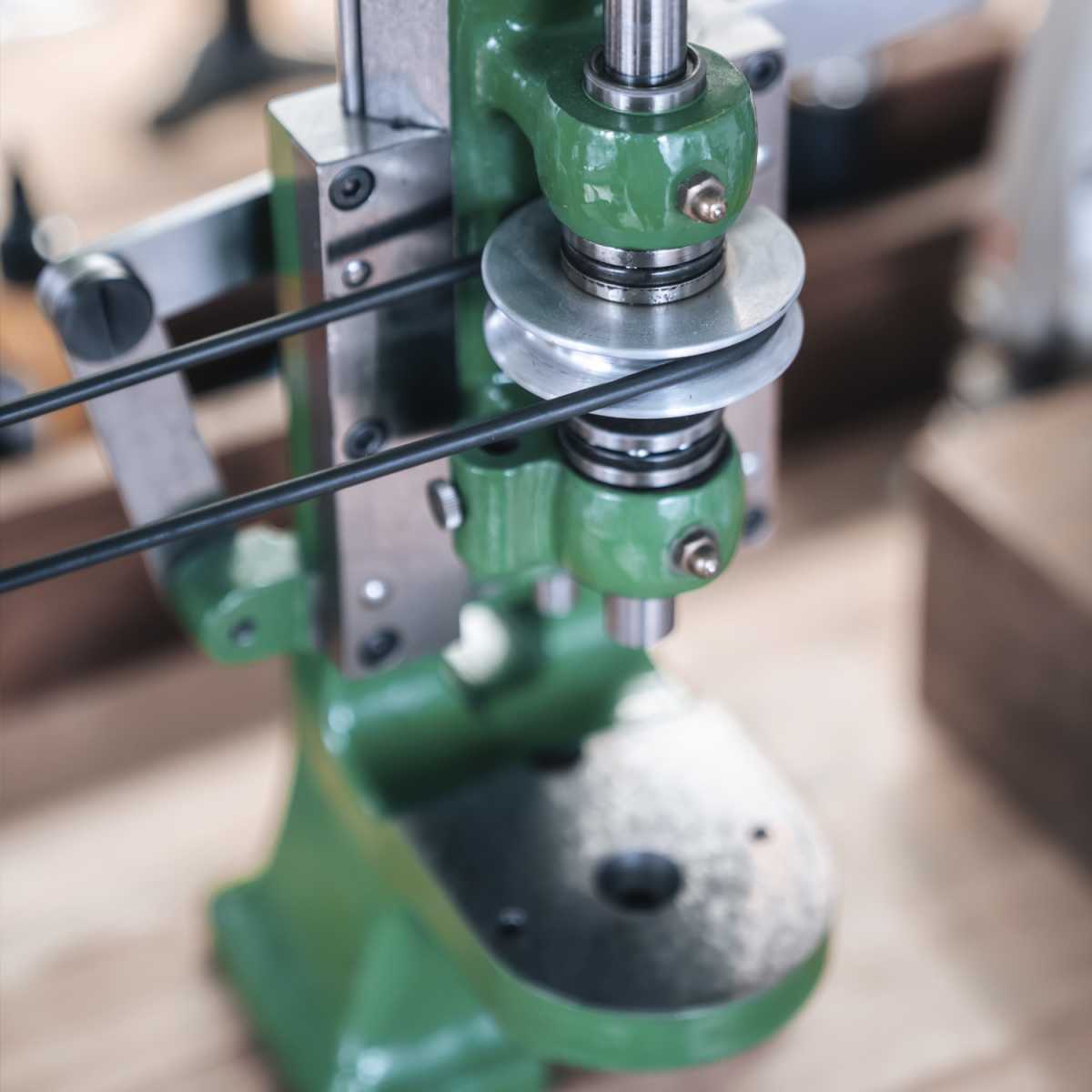 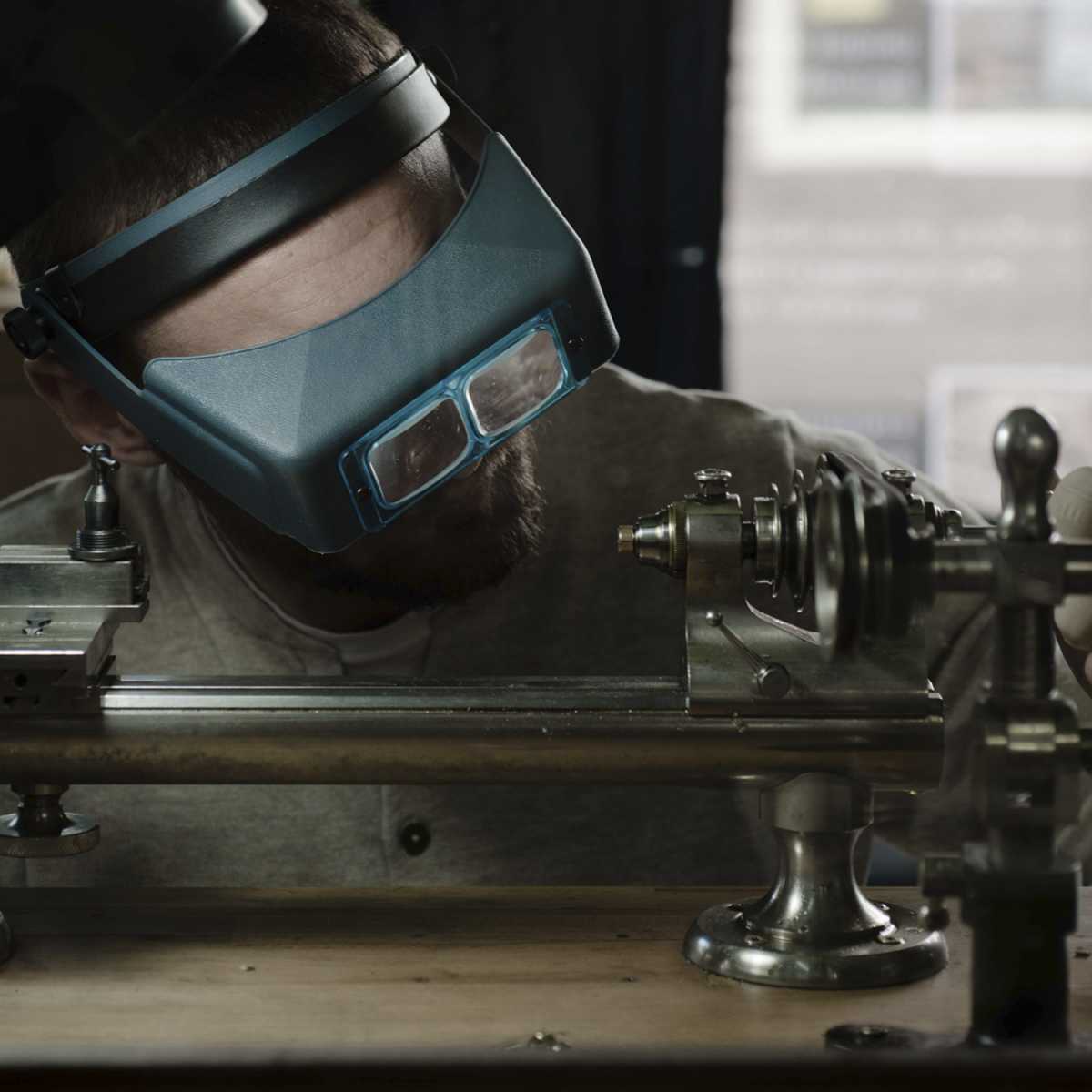 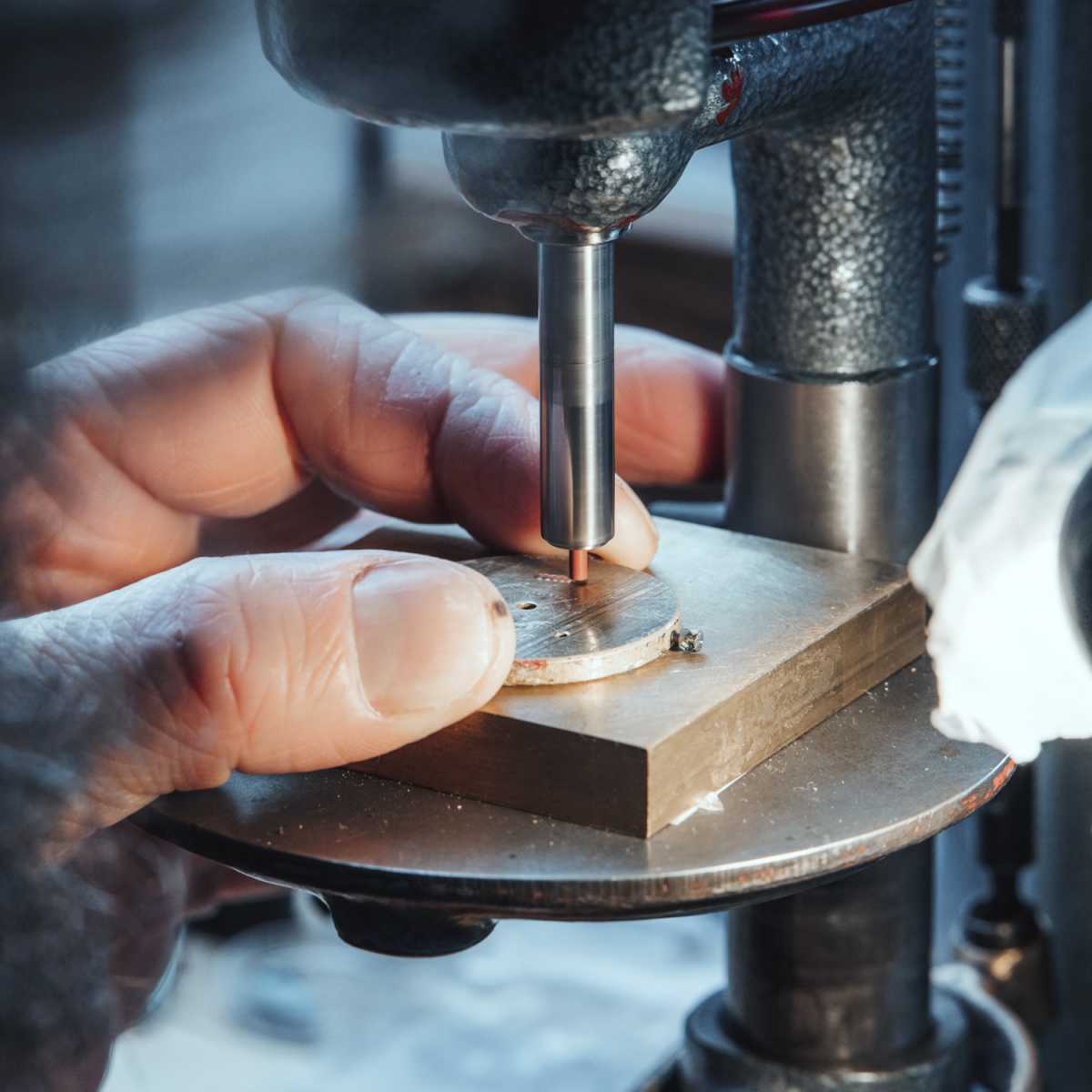 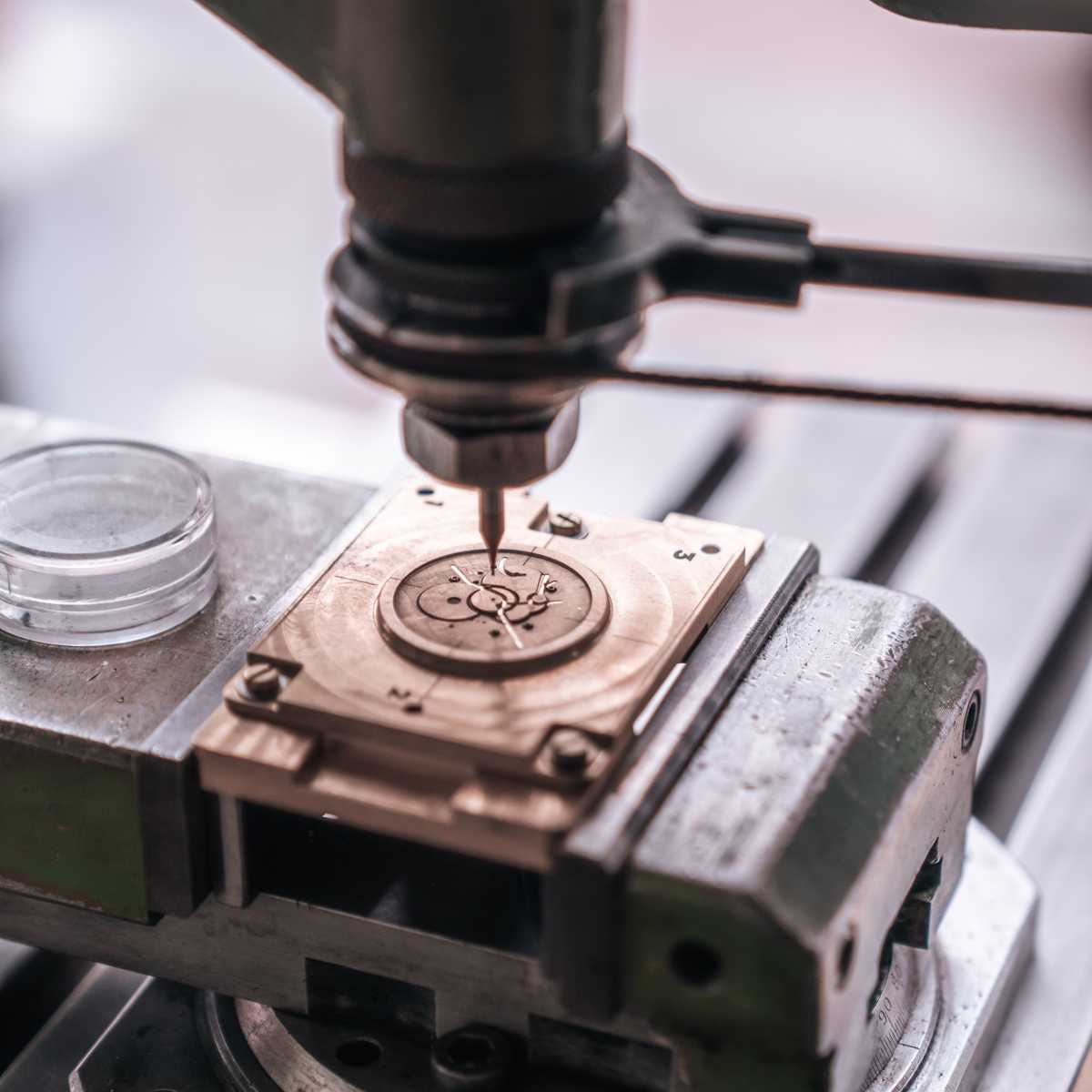 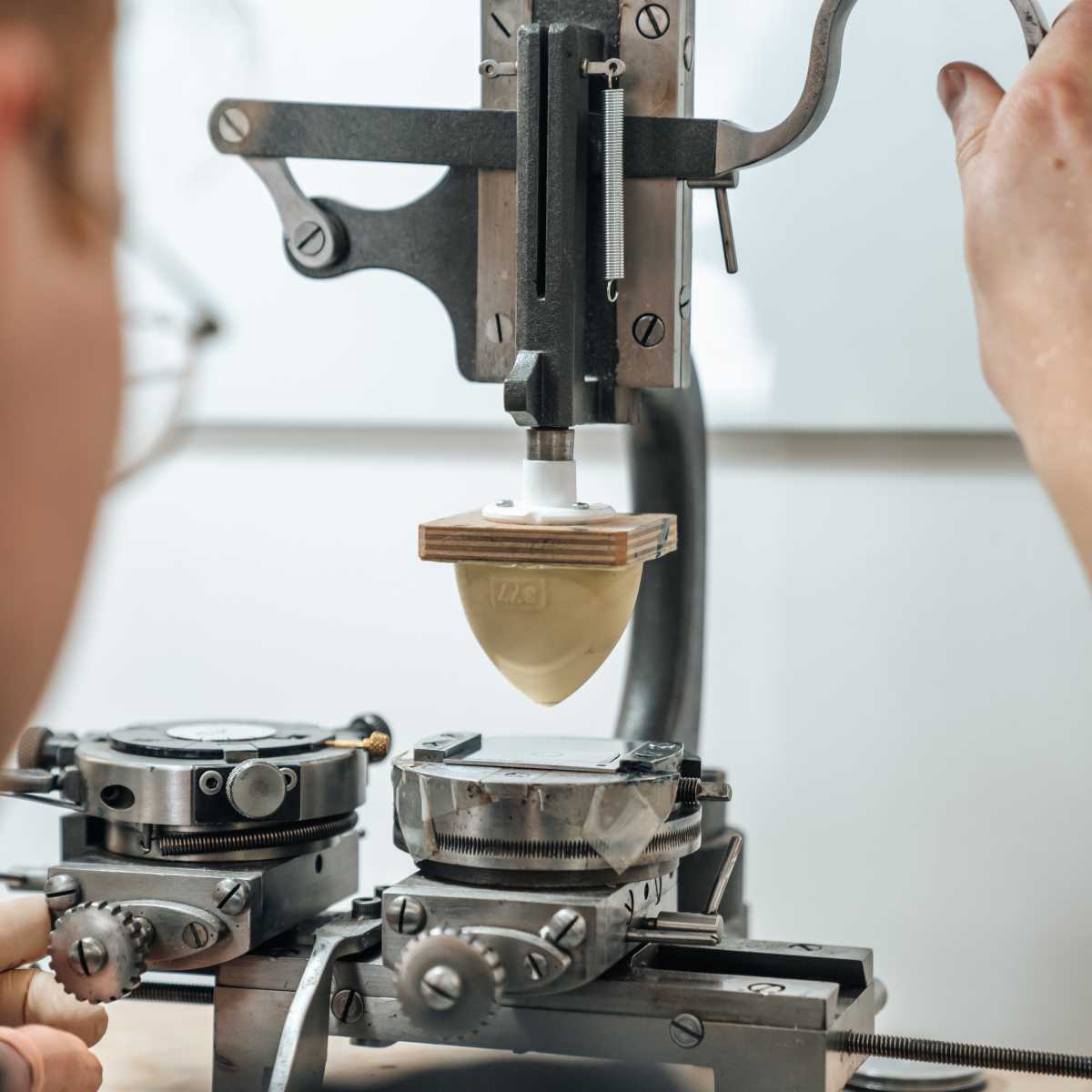 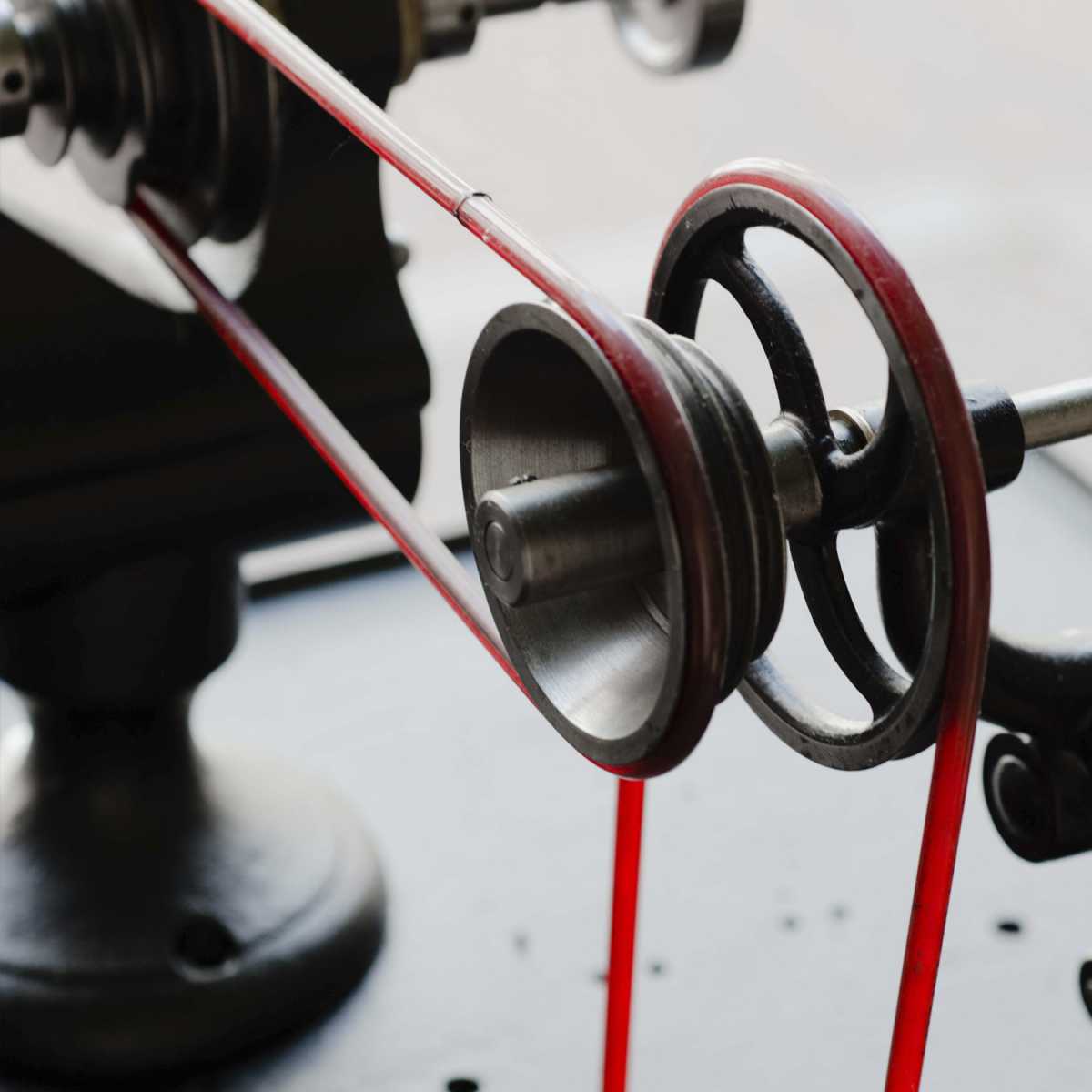 We are happy to share our love for the machines in our workshop. Varying from a state-of-the-art laser cutting machine on which we can make and process tools and small parts very accurately, to traditional lathes, milling machines and watchmakers' equipment. Some of which are more than 100 years old. We have a great love for the elegant shapes and high build quality of these old machines from the watch industry. When properly maintained, they will last for many generations. We collect them, restore them, cherish them and pass them on to the next generation. But above all, they are actually used daily in our production processes and are indispensable in the development of our prototypes. 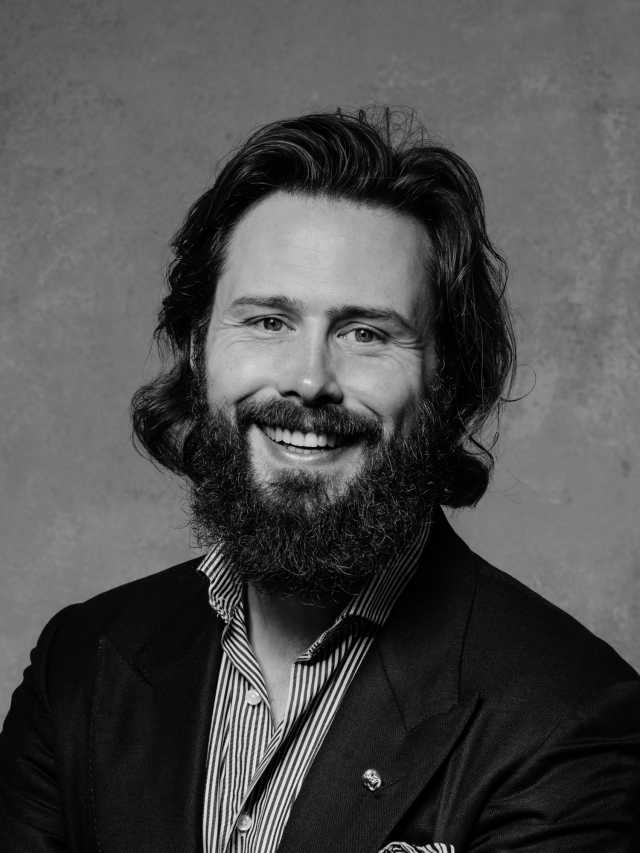 For every design Michiel spends countless hours transferring thoughtful and provocative three dimensional shapes from his imagination to paper based sketches. Only when the design is fully determined the sketches are transformed into CAD-drawings which are then made ready for production. Over the years Michiel has tirelessly pioneered the intricate, difficult and sometimes frustrating process of 3D printing in various metals to realise his sculptural designs. 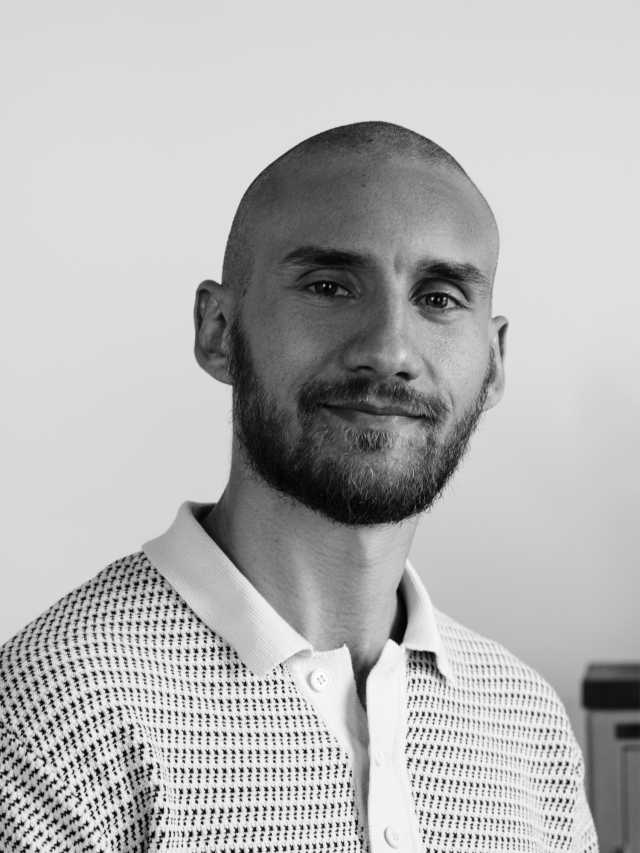 Baptiste Lidar is watchmaker and finishing specialist. He  graduated with a Diplôme National Métiers d’Art & Design after having studied watchmaking and design for seven years  in Rennes, France. Obsessed about details and precise work, he is eager to learn and constantly improve his skills. He will always accept an interesting challenge. 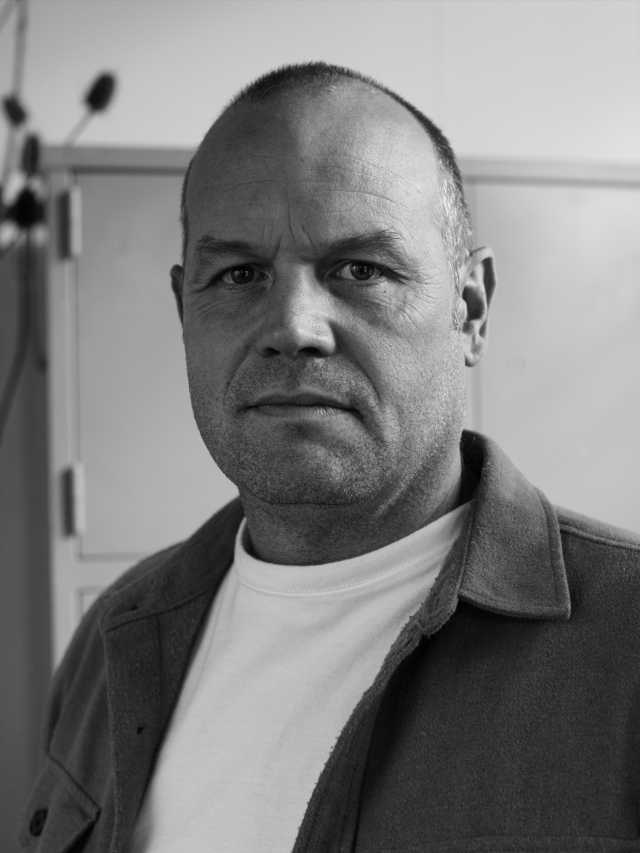 Barry is head of development and responsible for contact with our suppliers. He is an experienced engineer and technical designer and worked on numerous successful projects in different branches. While following a watchmaking course he came in contact with Holthinrichs Watches and decided to follow his passion and join the Holthinrichs team. Barry is constantly looking for solutions and opportunities to bring the production of our watches to a higher level. With his creativity and dedication there is not a issue that cannot be solved. 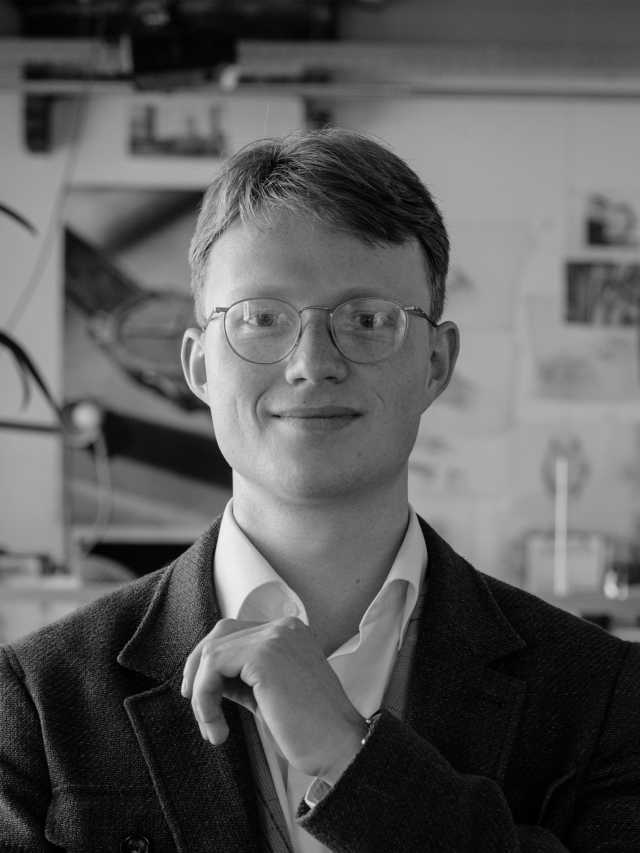 After studying Industrial Design, he found that all aspects he loves about design and craft can be put into horology. Without a background in watchmaking, he apprenticed at Michiel and evolved in his role at Holthinrichs. Aside from watches, he loves clothing, hi-fi, espresso and old cars. 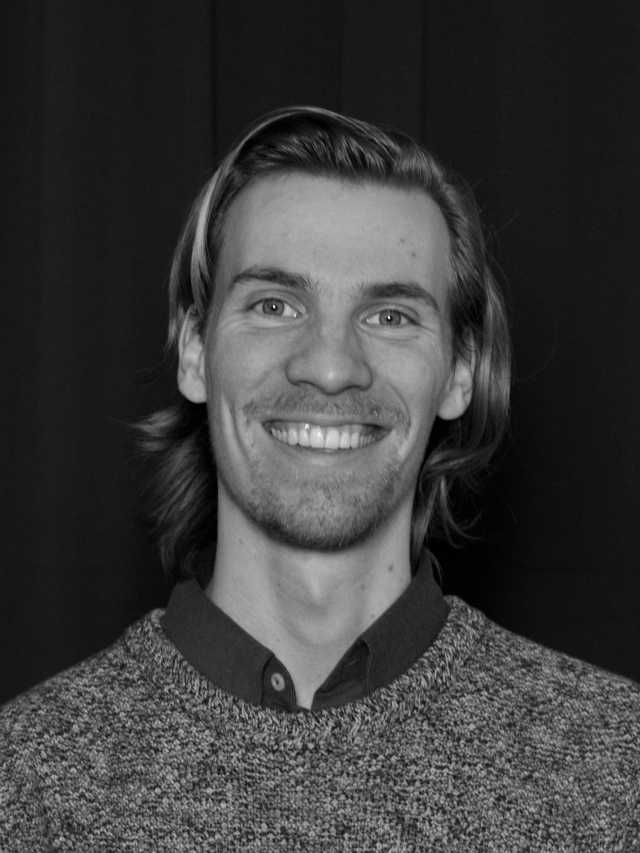 Ditmar van der Burgh works on new movement design’s and toolmaking. He has a background in mechanical engineering and industrial product design. Creating small steam engines, tuning cars and building watches, Ditmar is not afraid of a technical challenge. 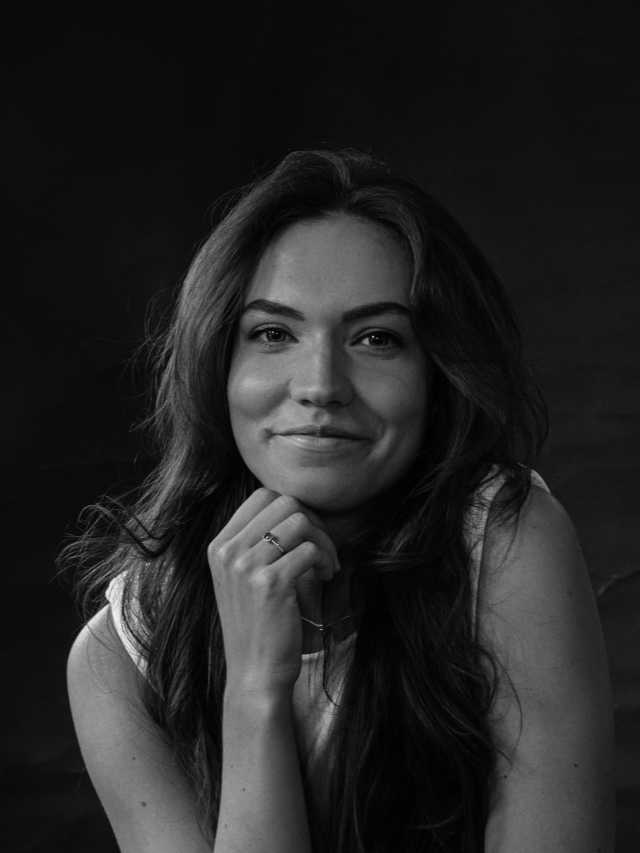 Isa Raji is our sales manager. She loves meeting new people and their cultures, and organising well arranged events. Her passion for planning and socialising puts her in charge of the coordination of the collaborations, events and sales. 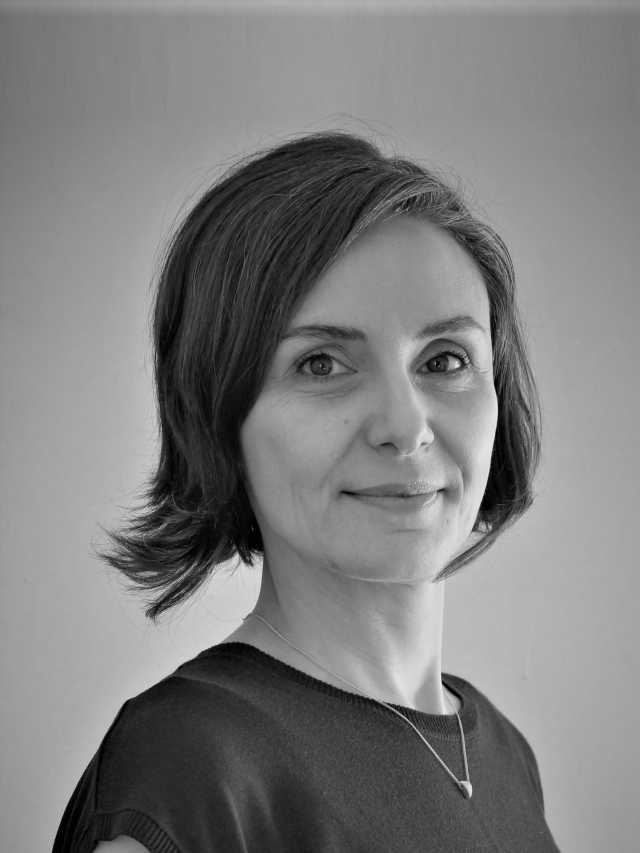 Katerina Triantafillou is an architect, graphic artist, multimedia designer and jill of all trades. She loves to create and at Holthingrichs Watches she brings the concept to realisation, finishing various components. Loyal to her favourite motto "form follows function" she creates shapely forms that encase the heart of the timepiece. 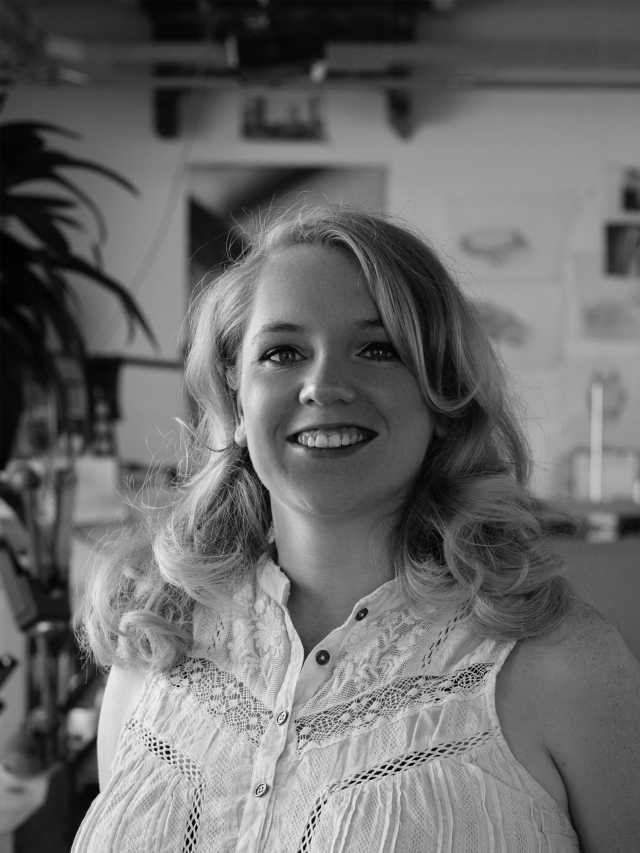 Puck is chef case finishing and movement finishing specialist. She studied both goldsmithing and watchmaking and has a passionate love for craftsmanship in many fields. Not only watchmaking, but also jewellery and tailoring are topics she knows inside out.  Puck van Thiel is always trying to pursue perfection in her work and uses her sharp eye for detail to process and check the polishing of our cases, and the anglage on our movements. 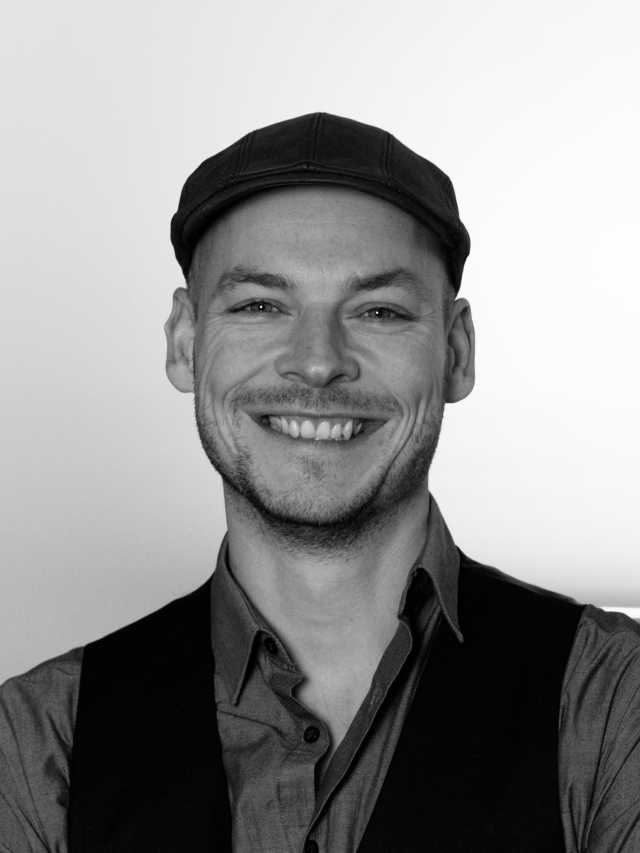 Rens Kerkhoff is our financial specialist and internally referred to as 'the calculator'. He enjoys the clever workings of the mechanics in his motorcycle as well as in watches. His love for structure and his skills in adding and subtracting put him in charge of all things financial. 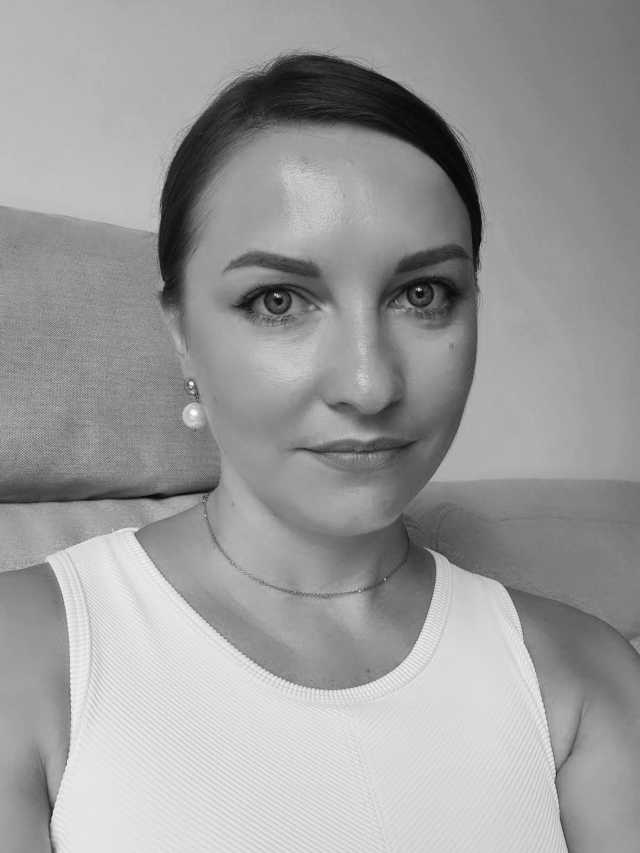 Tanja is known for her detail oriented and perfectionistic approach towards the things that fascinate her. Her mentality makes her a very skilled watch parts finisher. Beyond the doors of the atelier she enjoys travelling, collecting jewellery and cooking complicated dishes.

Tudor is our youngest team member, but despite his age he likes to challenge us with new and critical perspectives, and to enhance our attention to detail. He is currently studying aerospace engineering. At Holthinrichs Watches he can combine his technical background with his love for watches and luxury, but also his interests in art and design. He specialises in dialmaking and multiple finishing processes. 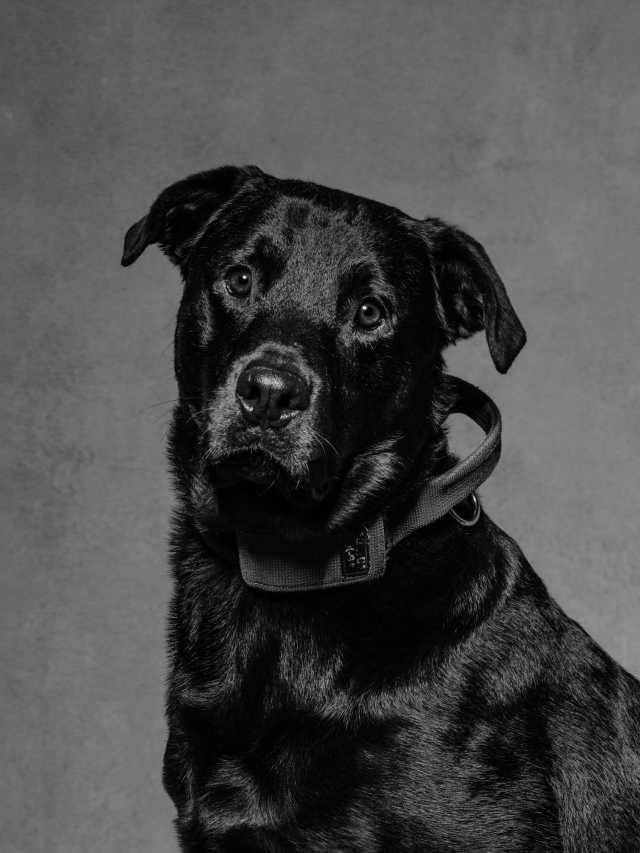 Supposedly Rottweiler-Staffie mix Wammes is our chef security. Despite his reputation he really likes cuddling, but also bones, yoghurt and little dogs.